Published an updated version of the polyester widget style for Qt4/KDE4. Actually it was a pretty long time i didn’t touch that, but was too lazy to release the last state somewhere 🙂

Now i’m pretty happy with it, it seems to work pretty well, and is good, because i really don’t want to spend much time on it, it has a really high amount of hacks in it and i get bored quickly of things 🙂 however, how does it look? here it is:

There will still be some updates for the time being, to correct most annoying bugs etc, btw 🙂

made a new release of polyester 2 to attest that i still love it, grab it while it’s still hot 😛

I am very busy this period, so it’s some week I don’t touch a line of code 🙁
So today having a more or less free day, I’ve decided to finally release the last installments of
Polyester and Tastymenu I had sitting on my hd by quite some time, so now I can return to the boring stuff 😛
Polyester 1.95

Added Ukrainian translation to Tasty Menu thanks to Motsyo Vitaliy and a tiny bugfix into the configuation dialog of Polyester. 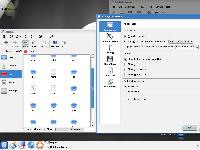 The Qt4 version of Polyester is coming along nicely, is still too unstable for a first release but i hope an alpha isn’t too far.
Here you can see a KDE4 beta1 screenshot as it appears with the Polyester theme.

As you can see it won’t be exactly identical to Polyester1, because I want to experiment some of the new goodies offered by qt4, so maybe in the future it will be even more aesthetical changes, i don’t know.

If you are impatient to try it there is always the bazaar repository on launchpad.net/polyester

Polyester 2 seems to come along quite nicely, at the moment it look a little bit less disastrous than the first screenshot, but most important if you are impatient to try it, now there is a Bazaar repository at Launchpad. 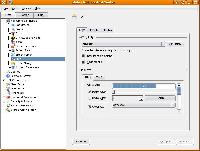 Curious to see how it looks? here it is:)

Oh, and speaking of repositories, there is also a Tasty Menu repository on Google’s svn

I’ve started porting Polyester to qt4/kde4, it has been a nightmare even to get it compiled and it will be a very very big pain in the ass.
Curious to see a very very early screenshot? here it is 🙂 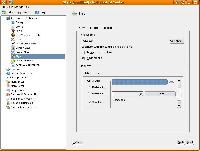 as you can see at the moment the only things that looks decent are the buttons, the rest is a little bit… aehm 🙂

Yeah, it’s alive :). Finally i’ve decided to release a new version of Polyester. it contains only some minor bugfixes, in particular the long-annoying bug with kcompmgr should be gone (sometimes the windows weren’t completely painted).

As usual here you can download it and here it’s the changelog:

-corrected a build problem with automake 2.6+
widget:
-better management of the menu stripe width
-another hack for gtk-qt: the menu stripe is always off (yeah, it’s a broken solution but it was managed too bad…)
-when both toolbar separators and menubar emphasis with border are turned on don’t draw an extra line under the menubar
deco:
-when the focus policy is set to “focus follows mouse” the bad flickering should be done (need some testing)
-corrected a bug that caused the windows not being completely painted when kcompmgr is activated

As I said in the previous post I consider Tasty Menu more or less complete respect the goals I had in mind. I probably will do some other releases tweaking here and there.

Probably this will be a better drag and drop support (from the menu to the desktop and from the second/third column to the first), fixing the ton of bugs I surely have introduced right now, maybe I will add a way to clear most used and recent used apps, some more configurability and who knows, to make the search functionality a little bit less painfully slow (/me begins to doubt that I will achieve to do that :P).

I still haven’t decided if there will be a kde4 port, partly because the spare time is always decreasing and mainly because Tasty Menu is very deeply tied to the qt3/kde3 technology. The listview api has totally changed (yeah, i know there is the qt3 support module but it’s so uncool:P)and of course the whole kicker thing is gonna being killed, and the (plasma?) replacement is in the early beginning. So it would be more a total rewrite than a port, so I don’t know if it will be worth the effort.

As I said I haven’t decided yet, so don’t desperate, there is still a little door open 😀

In the next few months I will be totally drown in courses exams and various university stuff, so probably there won’t be much releases of both Tasty Menu and Polyester.

Now I plan to make some more plain bugfix releases for both things (especially Polyester that has been negleted for a long time) and when (or if :P) I will have some more time there probably will be a Tasty Menu 1.0 release and maybe I will start the hyper-procrastinated qt4 port of polyester (and I ffear this also will be a very long work with more rewritting from scratch that I would like to)